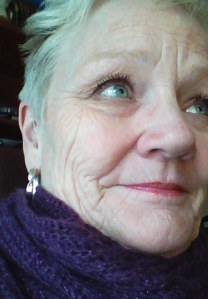 I’m sorry. Let me say this in the kindest possible way. Asking me what I will do to stay ‘young at heart’ as I get older is ageist.

Why would anyone assume that it is better to be young at heart than old at heart unless being old at heart implied a lot of unpleasant, undesirable things. Of course, that wasn’t the intention. Assuming that young is better is a deep cultural belief, one that is, unfortunately, absorbed by many people as they age, making them mourn their younger selves rather than enjoying the age they are.

I was already young at heart when I was young. Then I was middle-aged at heart and now, I think, I’m probably old at heart. And I’m here to tell you, all of you 40-somethings filled with dread about the future, it’s more interesting over here on the other side than you might…

Mainstream media rarely offer nuanced discussions of single mothers and poverty. Case in point: the dire current trend of marriage as a solution for impoverished parents. Although not perfect, this Washington Post article does better than most by acknowledging that marriage is not a panacea and depends to some degree on factors other than values.

ignores what marriage might actually look like to a woman living in a neighborhood with high rates of poverty, unemployment and incarceration. It’s true that marriage can bring stability and emotional benefits to the children of middle- and upper-class families. But that’s not because the institution of marriage itself is universally beneficial. It’s because certain kinds of marriages are beneficial, such as those between adults who don’t have to worry about getting evicted, who can afford to pay their medical bills, who don’t contend with the surrounding stresses of violence or joblessness or having to get to work without a car.

Still, focusing on marriage for any group ignores the reality that even marriages in middle- and upper-class families do not necessarily bring stability, emotional or otherwise. Is the implication here that middle- and upper-class families have successful marriages because they have enough money? If so, that’s not a very convincing argument for how marriage benefits children, but it’s a great one for how good jobs and the community supports associated with them support families.

That’s not to say that there is no valid argument supporting marriage as beneficial to children. But I’ve not seen an argument that addresses marriage per se and that does not end up reducing the complexity of marriage as a social institution.

Which brings us to the real usefulness of this article: It begins to point us toward economic disadvantage as the root of the problem.

The marriage argument is dangerous because it draws attention away from things like the gender wage gap, unemployment, and the ideology of corporate welfare–all of which are the real drivers of poverty.

Poverty that seems to be encroaching daily on the middle class and that will never stop until we do something about the voracious corporate greed controlling so much of the planet. Yeah, that poverty.

Have you ever read something for years and felt like you never quite got it and then one day it finally clicked? This has happened to me with Shakespeare’s Sonnet 116. It’s the one that insists on love as constant and (by implication) true lovers as faithful until the “edge of doom”:

Let me not to the marriage of true minds

Admit impediments; love is not love

Which alters when it alteration finds,

Or bends with the remover to remove.

O no, it is an ever-fixed mark

That looks on tempests and is never shaken;

It is the star to every wand’ring bark,

Whose worth’s unknown, although his heighth be taken.

Love’s not Time’s fool, though rosy lips and cheeks

Within his bending sickle’s compass come;

Love alters not with his brief hours and weeks,

But bears it out even to the edge of doom.

If this be error and upon me proved,

I never writ, nor no man ever loved.

The meaning is clear enough, but I’ve always felt a little cool toward this poem, admiring its virtuosity but not really loving it for some reason. The language has always seemed a bit oddly formal compared to many of the other sonnets, with their precise but colloquial language. Like those brilliant lines in Sonnet 130 (My mistress’ eyes are nothing like the sun): “I grant I never saw a goddess go – / My mistress when she walks treads on the ground.”

The other thing is that this sonnet doesn’t seem to be addressing anyone in particular, unlike so many others in its group, the first 126 sonnets dedicated to the young man. By comparison, this poem can read like a boring and not especially convincing PSA. Thank you mom for telling me about true love. Can I have the car keys now?

But 116 comes alive if we read it not as a declaration but as a rebuttal, as the lover talking directly back to the young man, despite the lack of obvious direct address. A few clues invite this reading: The sonnet comes toward the end of those addressed to the young man; many of these later poems, especially 87-90, but others too, chronicle the failure of a love relationship. The young man has evidently moved on to greener pastures.

What’s the situation and the argument he rejects? The language of 116 suggests it is something like this: In the process of dumping him, the young man claims, “Things have changed (altered)… I need space…new impediments have arisen.” All the dull standbys when somebody is lame and just wants out.

The lover savagely calls him on it. Well, you can run that crap if you want, but “let me not to the marriage of true minds admit impediments.” You can say things have changed, but I say that true love is an “ever-fixed mark.” Love is not this; it is that; x, y, and z don’t matter; what matters is faith and constancy.

The lover also implies that the real issue is the young man’s superficial attachment to beauty, and he attacks this by saying love is stronger than the passing of time and the rosy lips and cheeks that time will eventually ravage.

The idea of a rebuttal makes this poem comprehensible, and makes perfect sense coming from Shakespeare the playwright. And I love this reading, which I learned from Stephen Burt’s and David Mikics’s The Art of the Sonnet and Helen Vendler’s classic, The Art of Shakespeare’s Sonnets, because it reminds us not only of what good poetry is but what it does.

The best lyric engages some real person, thing, or situation. It can be a lover, or death, or birth, or something far more ordinary but still profound in its way, like the shock of fresh cream, an afternoon flower, the weird shadow behind the door, the annoying socks you keep having to pick up.

For me, imagining a context for 116 doesn’t just bring the poem to life; it makes it burst into life, reminding us that poetry–all art–is part of life, not some frivolous decoration of it.

Both writing and reading a good poem means there is something at stake. Find it and prosper.

Writer and editor
Welcome to broadsspeak.com

For more information about my work

Sisters Got 99 Problems: Will Pope Francis Be One?